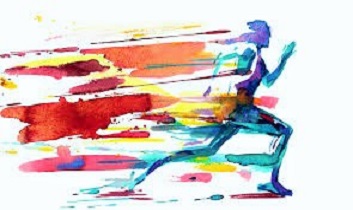 Unleash the Power of Imagination !!!

The conversation between Lord Shiva and Goddess Devi is “Vigyan Bhairav Tantra”. We can be rest assured that there is nothing outside the 112 meditation techniques and Lord Shiva did not leave anything to chance while devising these techniques.
So whenever you would like to take up these techniques, the same has been broken down in small , light sub-techniques for easy understanding. But, firstly the understanding as to what exactly is Visualization and concept behind the techniques is mandatory.

What do we understand by Visualization- it means to see any thing in 3-Dimension. Currently we see in only one dimension, some see future, some see only in present, some live and see only the past events and take reference from them. The ideal way to live life in 3-Dimension and setting a balance within the dimensions is called Visualization.
I would further explain in simpler words for you- You may be a teacher, a lawyer, an engineer, a sage, a cricketer or a sportsperson, you cannot achieve any success without Visualization. I would like to share the procedure by an example from simple daily life parlance for your understanding as to what and how to Visualize. We usually do Visualization in our daily lives without even realizing. What we lack is the know-how and ideal direction of Visualization.

We all must have heard about the famous Australian cricketer- Mr.Ricky Ponting and during an interview he was asked as to what was his secret to success; to which he replied “Visualization”. The journalists were curious and asked him to elaborate as to how was his Visualization different from the rest of his peers / competitors. The clarification that Ricky Ponting gave as to why his Visualization was better is a learning for all of us. He said that generally when we Visualize , mostly negative things come to our mind like things catching fire / destruction / accidents / loss of life etc.. We usually Visualize or dream of such things only because we have a negative mindset / approach of fear.
Ricky Ponting mentions a noteworthy statement that -while batting whenever I look around the ground ; the normal strategy that other batsmen employ is to hit the ball away from / between the fielders for scoring. Usually the batsmen watch the placement of fielders and plan to hit the ball into spaces where fielders are not placed.
But whenever I Visualize, I approach through a different method of not watching the fielder placements but only Visualizing the open spaces/gaps between the fielders. Those gaps / spaces are my targets of hitting. Now to think of it that only with a small tweaking in his Visualization[Imagination], Ricky Ponting has achieved this much success. He says I don’t Visualize where not to hit but only and only where to hit [positive approach].So, hereby, first and foremost we need to understand that whenever we Visualize, we should only imagine positive / good thoughts.
And the second step in Visualization is to understand that we should not directly straightaway Visualize our Success. There are a lot of self-help courses and material available at Institutes / via internet which aim to teach that nothing is impossible ; seek and you shall find ; think and you shall achieve.
They preach things like -If you can think that somebody somewhere is signing a 25 lakh cheque just for you-think, think and he/she would be signing that cheque. Gullible people / students get befooled by such gimmicks / shortcuts and start promoting such techniques as well.No one must have benefited from such techniques but they nonetheless start marketing by word of mouth as if it were a sure shot potion for immediate success. I personally have come across many such books and some students of mine have come up to me and praised such books as being remarkably effective and that I should read them. The books / courses aim to teach the simple technique – that only and only if one can repeatedly imagine / think / ask with closed eyes , one shall achieve / receive and that there is immense power in your Desire.

Now, since I am trying to suggest the ideal procedure of Visualization- I would like to mention 2 things here ; one that Visualization is a bit tough to learn and practice. It’s easy to learn words / logic but difficult to learn Visualization because in our entire education system the biggest flaw is that we are never trained to Visualize. I would tell you a very interesting fact that during our schooling- the textbooks of Nursery class had big colorful pictures representing everything and the kids seem to be very happy. As the kid progresses to higher standard, the pictures in textbooks become smaller and words become bigger. Thereafter the entire focus shifts from pictures to words/sentences and 2nd standard onward we find that pictures are available only as Black & White diagrams , entirely devoid of colors.
Hence, I find this methodology opposite to Visualization as Visualization incorporates imagining with colors. Visualization means-whatever you see with your eyes, it goes inside as a colorful image and whatever you imagined inside, you project it outside as a colorful image. If we try to understand this deeply, it is remarkable and magical in reality.
But I would like to reiterate that it should never be misconstrued as if we Visualize with closed eyes the construction of a building and by the mere imagination / planning of the same, the building gets constructed one fine day- it does not work this way. The ideal way of Visualization is – the construction of the building being your dream / goal, you should Visualize the process of the construction. Try and understand the meaning when I say that -Whatever you would want to achieve / want to be successful in LIFE, you should Visualize the process of achieving that SUCCESS.