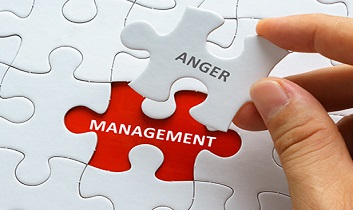 Anger Management in our Lives…

Anger is a very powerful feeling that can happen when you are frustrated, hurt, annoyed, or disappointed. Anger can help or hurt you, depending on how you react to it. If you can react without hurting someone else, it can be a positive feeling. If you hold your anger inside, it can lead to passive-aggressive behavior like ”getting back” at people without telling them why or being critical and hostile. It is a normal human emotion that can range from slight irritation to strong rage. Knowing how to recognize and express these feelings in appropriate ways can help you handle emergencies, solve problems, and hold on to meaningful relationships.

Fear and rage are common to animals, too, because it helps them to fight and survive.Suppressed anger can be an underlying cause of anxiety and depression. Anger that is not appropriately expressed can disrupt relationships, affect thinking and behavior patterns, and create a variety of physical problems. Chronic (long-term) anger has been linked to health issues such as high blood pressure,heart problems,headaches,skin disorders, and digestive problems. In addition, aggravated anger can be linked to problems such as crime, emotional and physical abuse, and other violent behavior.

The key is to make your anger constructive.I would like to share a short story to further elaborate the point. There once was a rich businessman who had an engineer friend with whom he started a firm for constructing,designing and then selling houses. The finance part was pooled in by the businessman and the planning,designing and completion of the houses was the job of the engineer friend.The engineer was a master craftsman & a creative expert. Together as employer and employee,they built & sold many beautiful houses and this went on successfully for several years.Some years later,the businessman died due to a sudden illness and his young son had to take over the flourishing construction business. The son was very respectful of the his dad’s friend ; addressed him as Uncle and never treated the engineer as an employee. But still the engineer friend due to his perceived seniority was not liking the fact that henceforth he had to take instructions & orders from a young chap of just 22 years.The mental friction began building up between them and this was leading to suppressed anger in the mind of the engineer.

One fine day in a fit of rage,the engineer went to his new boss and said that he no longer was feeling fit due to his age and wanted to resign from his duties.The son was taken aback on hearing this decision of his uncle and respectfully requested the engineer to continue with his job as he was satisfied with the output. But the engineer seemed adamant to get retired and on seeing his intent,the son agreed to relieve him on one condition.The son pleaded with his uncle to take up a final assignment before retiring and that the engineer was to plan,design and build one last mansion for the company. Half-heartedly and still seething with anger,the engineer took up the last project of his professional life before hanging up his boots.
Even though the venture was his final one,the engineer was extremely angry about the entire episode and his heart was not in it.This absolute lack of interest was reflecting in his planning,craftsmanship,onsite manpower management and the mansion was finally completed.On the D-day ;the son with his entire staff visited the location but could see that the designing and construction of the mansion was very sub-standard with respect to the time taken to complete the same. He mentioned this in as many words to his uncle that the mansion was not built as per the immense talent & expertise that the engineer possesed. But the engineer was in no mood to take any feedback, he agitatedly said that he could no longer bear the insult and was resigning now and here.Hearing this,the son became teary eyed,handing over the keys of the mansion to the engineer, said in a choked voice that this mansion was the last token of gratitude that he wanted to gift the engineer for the devotion,craftsmanship & long years of service put in towards the firm.This action of the son jolted the engineer out of his anger / hatred towards his employer. The engineer now regretfully rued his action of deliberately constructing the worst quality house and that too for himself.

This instance helps to make us understand that the unrestrained,suppressed anger inside the engineer made him blind,loose his art,creativity,immense possibility towards craftsmanship.The human with his mind is capable of creating innumerable wonders but anger diminishes this quality. Hence,we should never take any decision when in anger.When you start feeling angry, try deep breathing, positive self-talk, or stopping your angry thoughts.Although expressing anger is better than keeping it in, there’s always a right way to do it. Try to express yourself clearly and calmly. Avoid using recreational drugs and drinking too much alcohol, which can make you less able to handle frustration.Learn how to laugh at yourself and see humor in situations.Having good listening skills can help improve communication and can build trusting feelings between people. This trust and faith can help you deal with potentially hostile emotions.